Gotabaya Rajapaksa, the Sri Lankan president, declared a state of emergency in the country beginning on April 1. In the wake of the country’s most severe economic crisis in decades, citizens have grown increasingly dissatisfied with the government’s handling of the problem. As a result of violent protests outside President Rajapaksa’s residence, the Sri Lankan police imposed a curfew in many parts of Colombo on Friday. 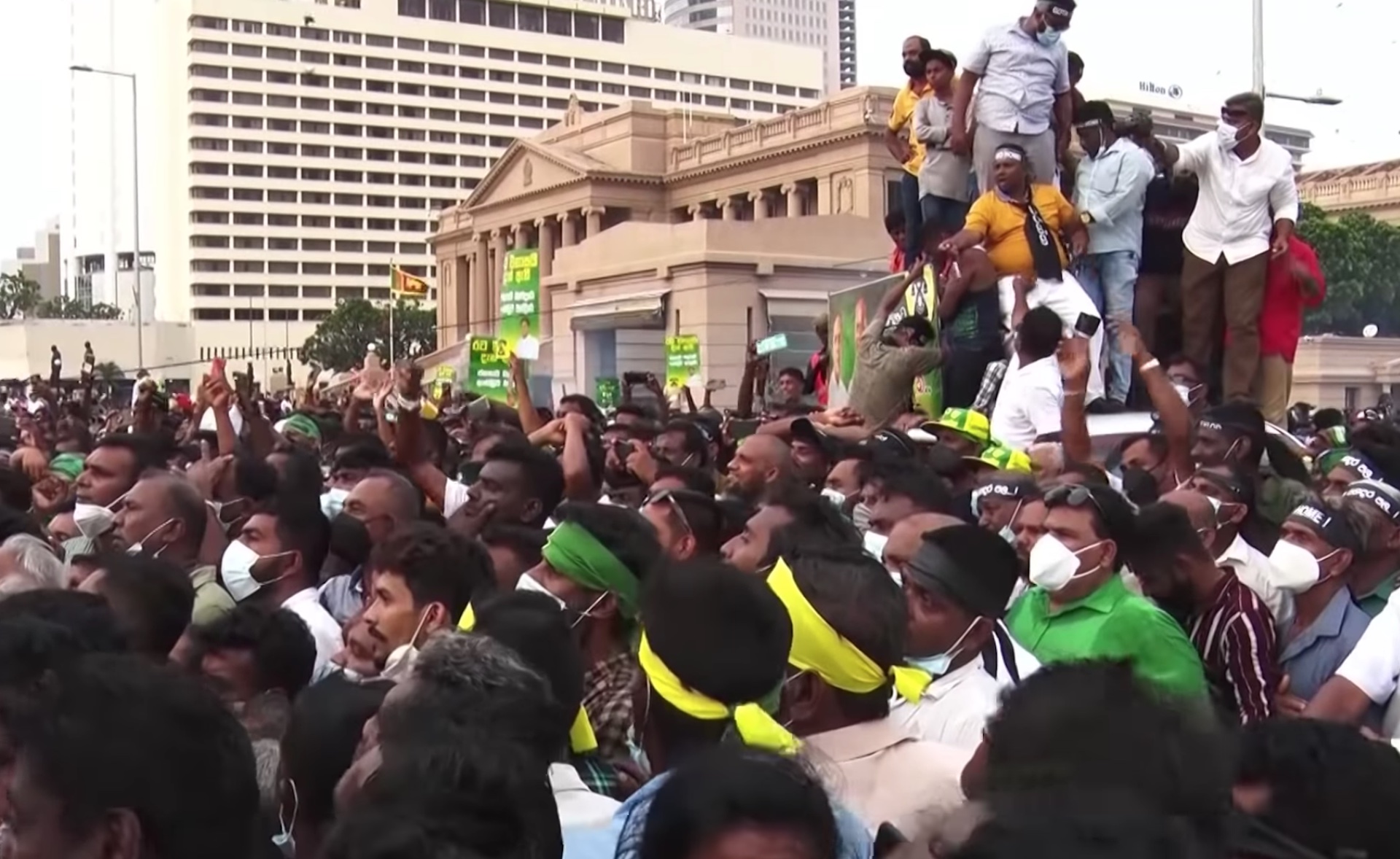 Sri Lanka’s constitution stipulates that the President may declare a state of emergency by proclamation and that the announcement cannot be challenged in court. The proclamation may be in effect for a month. In order to remain in force, the Parliament must approve it within 14 days. In the absence of approval, the Proclamation will expire.

The protesters clashed with soldiers and police near Rajapaksa’s residence in a suburb of Colombo. On Friday, police arrested 53 people and imposed a curfew in and around Colombo to contain sporadic protests over shortages of essential items, including fuel. As the government struggles to secure foreign exchange to pay for fuel imports, 22 million people in this Indian Ocean island nation experience rolling blackouts for up to 13 hours each day.

Tourism and remittances from foreign workers have been affected by the pandemic, and deep tax cuts promised by Rajapaksa during his 2019 election campaign have further impacted the public finances. Following a steep currency devaluation last month ahead of talks with the International Monetary Fund for a loan programme, Sri Lankans are also dealing with shortages and soaring inflation.

In a nation where China and India are vying for influence, an alliance of 11 political parties has called on Rajapaksa to dissolve the cabinet and form an all-party government to solve the crisis. After crowds torched police and army vehicles near Rajapaksa’s residence, police fired tear gas and water cannons to disperse them. Two dozen police personnel were injured during the clashes, an official said, declining to say how many protesters were hurt.

Prasanna Ranatunge, Sri Lankan Minister of Tourism, said he feared protests of this nature might negatively affect economic prospects in Sri Lanka. Ranatunge said that the main issue facing Sri Lanka is a forex shortage, and protests of this kind would have negative economic consequences for the island

While the Sri Lankan economy is falling apart, the Rajapaksa family is being criticized by the common man for their nepotism and corruption which has led to this state of emergency. A group of senior military officials convened to discuss the crisis after the violence began.

During a live broadcast of the demonstration carried by a private television network, the network abruptly stopped the broadcast after what media believe was pressure from the government. Social media videos, however, showed men and women screaming lunatic, lunatic go home and demanding that all members of the powerful Rajapaksa family step down.

Sri Lanka’s predicament has been exacerbated by Rajapaksa’s bad governance and the COVID-19 pandemic, which snuffed out tourism and remittances. Government mismanagement and accumulated borrowing, according to many economists, have also exacerbated the problem. In March 2020, Sri Lanka imposed a ban on imported goods in an attempt to save the foreign currency it needs to service its $51 billion foreign debt.

Recent diesel shortages caused outrage across Sri Lanka due to the short-sightedness of the Rajpaksa government, but the protests took place in towns and soon started targeting the leadership. The state electricity monopoly said it had imposed a 13-hour power cut from Thursday because fuel for generators was not available. There is a crippling shortage of public transport due to the use of diesel in buses and commercial vehicles.

Several state-owned hospitals have stopped performing surgeries due to a lack of essential life-saving medicines, preventing them from carrying out surgery. It is estimated that the government is seeking a bailout from the International Monetary Fund (IMF) while also requesting additional loans from India and China. Gerry Rice, a spokesman for the IMF told reporters in Washington that such talks might begin soon, with Sri Lanka’s finance minister expected in the US capital.