A very special watch has been created by Oris in collaboration with Shanghai Animation Film Studio Co. In the scene from the Chinese animated film The Monkey King: Uproar in Heaven, Sun Wukong is approaching the Dragon King’s Palace. Oris‘ latest watch features the same scene in cloisonne enamel on the dial. 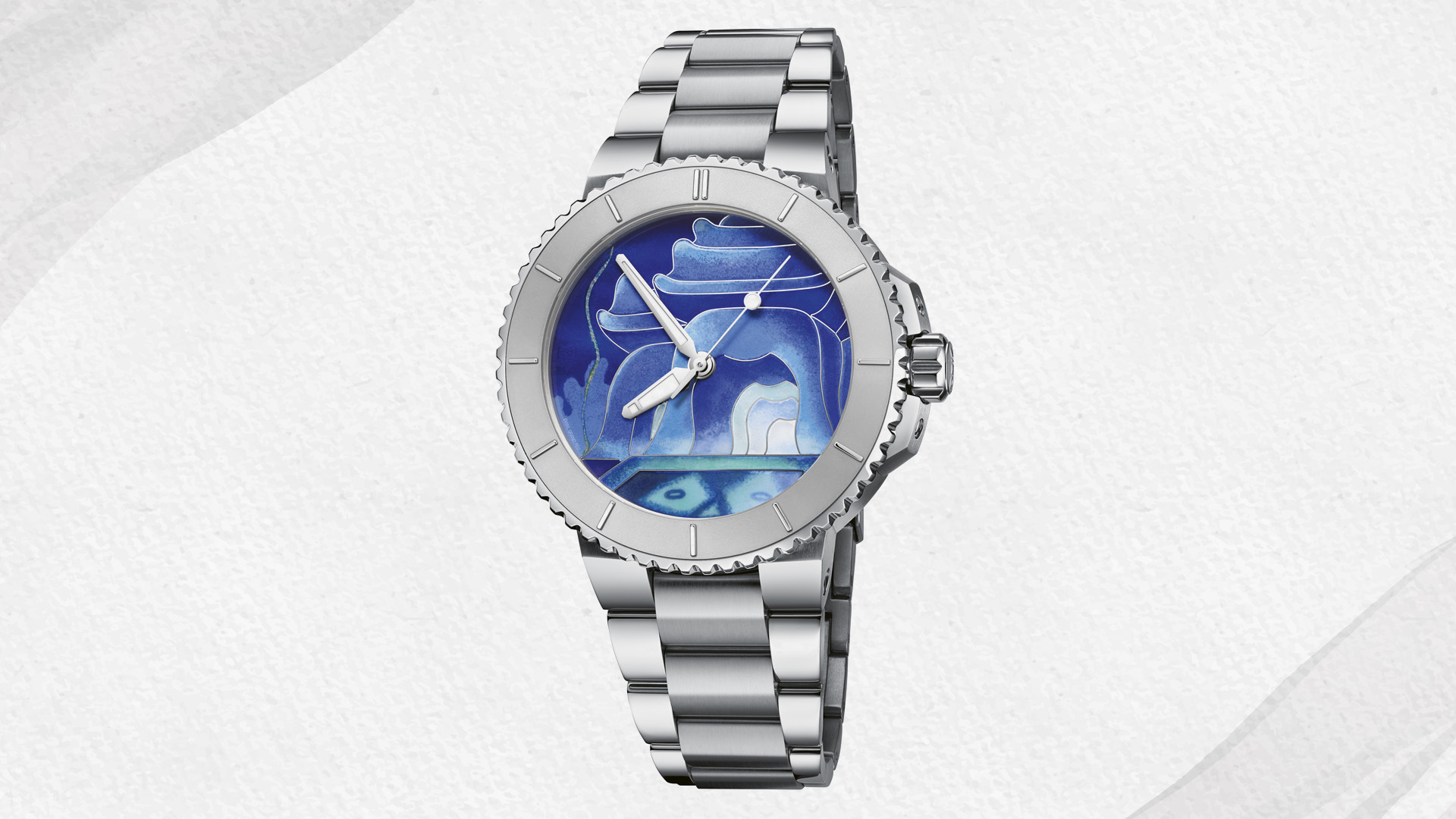 With this exceptional watch, only 72 numbered pieces will be made, corresponding to the number of forms in which the divine Sun Wukong can appear. The watches will all be works of art in their own right. This is the first time Oris offers watches with cloisonne dials. Generally associated with high-end, classical watch companies, this is a métiers d’art, or rare handcraft, used in watchmaking. By applying it to a version of the hard-working Aquis diver’s watch, Oris continues to create playful, memorable watches.

It follows last year’s 2,000-piece Sun Wukong Limited Edition, also based on the Aquis, which featured a red and gold central seconds hand and a blue dial with a repeating motif capturing the rapid spinning motion of the staff as the Monkey King uses it to defeat his enemies.

A highly skilled Swiss artist creates all of the cloisonne enamel dials. The process takes three days, and each dial is unique. To begin, a silver wire is formed into the outline form on a white-gold plate. This creates compartments called cloisons, which are then filled with colored glass powder and fired in a furnace at around 800°C. Afterwards, the enamel is polished to produce its shiny, magical appearance.

For the watch, there was only one option – Oris’s highly anti-magnetic Calibre 400 automatic movement. Mechanical magic for a magical story. The watch case is made from multi-piece stainless steel and measures 41.50 mm in diameter. The watch hands are filled with Super-LumiNova® and a top glass Sapphire, domed on both sides, with anti-reflective coating inside covers the watch. The watch is fitted with a multi-piece stainless steel metal bracelet, security folding clasp with extension and is water resistant to 300 metres.