On May 3, 2021
Share
His Highness Sheikh Mohamed bin Zayed Al Nahyan, Crown Prince of Abu Dhabi and Deputy Supreme Commander of the UAE Armed Forces, today received at Al Shati Palace Democratic Party Senator Chris Coons, who was accompanied by US Senator Chris Van Hollen, to deliberate the prospects of solidifying the strategic alliance between the two nations at the political, economic and defense levels. The two sides reviewed a number of issues related to regional security and joint action to establish stability, peace and cooperation in confronting underlying reasons of tension and conflict in the Middle East and the Horn of Africa regions with the objective of promoting development and prosperity for their peoples. 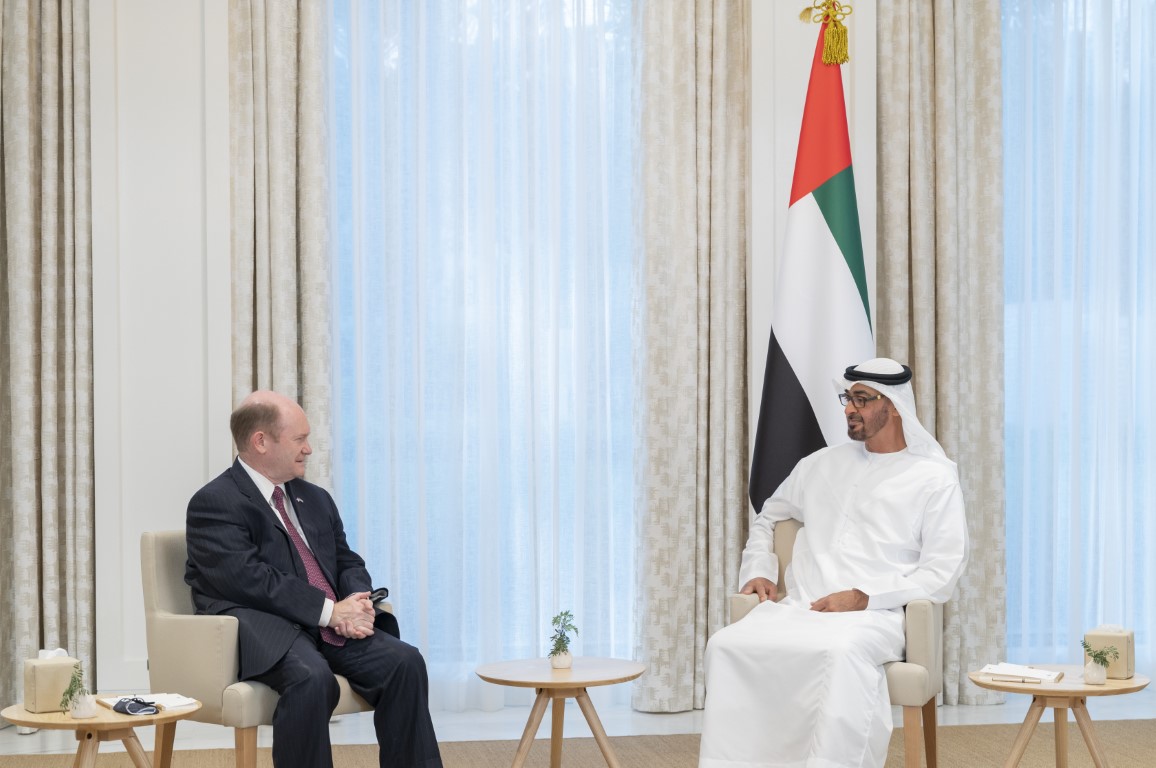 President of UAE meets Sultan of Oman to expand cooperation

Wildlife in Kenya is being decimated by drought

Meeting with North Korea on family reunions is being…