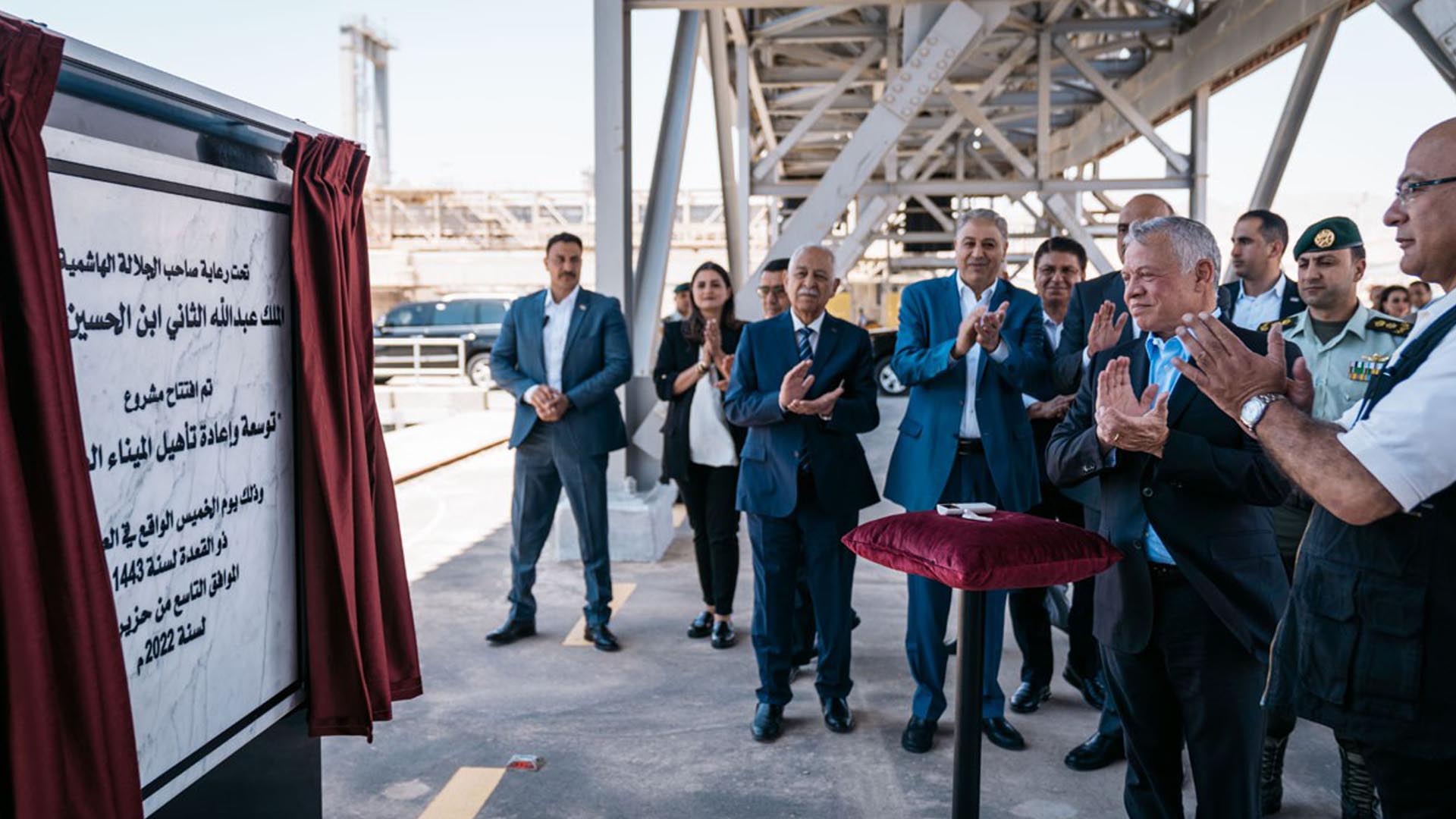 King Abdullah and Prime Minister Bisher Khasawneh toured the Jordan Industrial Ports Company (JIPC) and heard a presentation on its goals and economic contributions. They also saw the loading of two shipping vessels which each carried 35,000 tonnes of high-quality potash. One headed for Indonesia and Malaysia, the other to Finland, a new market for Jordanian goods. The King was updated on the expansion project by JIPC Chairman Maen Nsour as part of the Royal directive to strengthen public-private partnerships.

Plans call for expanding storage and production facilities at the port in order to boost exports, pointing out ongoing discussions with potential investors to export ammonia and hydrogen, as well as re-export raw building materials to neighboring countries. Jordan Phosphate Mines Company and Arab Potash Company jointly own the JIPC, which has a JD140 million capital investment.